Site: 17 Thurlow Street (next to Burke) in Redfern

The Aboriginal art repertoire does not often address the shopping gallery scene – such a competitive and sometimes “sensitive” field! But it’s a staple of the industry, even though some in the community art center world would like it to go. So when one of the oldest galleries takes a big leap in size – upwards, of course – and a gallery that I associate mainly with contemporary non-native artists – Joan Ross, Narelle Autio, Tamara Dean, Trent Parke, etc – appears to have enthusiastically passed over to the dark side, I’m all ears.

Adrian Newstead’s Cooee Gallery seems to have always been present in Sydney, from artifacts on Oxford Street to First Nations art in Bondi, and then back on Oxford Street. Still mutable, Newstead ducked into Menzies Art Auctions during the GFC, then brought the auction back with him in Cooee in 2017 – immediately making headlines with the glorious Emily’s $ 2.1 million sale. Kngwarreye.Creation of the Earth ‘. But her pop-up shop on Oxford Street was not big enough for art of this size, nor for the ambitions of her partner of the past 10 years, Mirri Leven.

So, off to Redfern East to the “Olympic-sized swimming pool” premises that were once where Ken Done hosted Japanese coaches of buyers for his colorful art. “It will be a destination gallery with little passing trade,” Newstead predicted. “But, finally, large paintings can be showcased and the space can be divided between regular exhibitions and auctions, with a supplement for storage and a healthy private exhibition room.”

Although the building is inaugurated by Ken Done with a smoking ceremony by the Land Council of La Pérouse and a group exhibition on March 25, the first solo exhibition of works by the classic urban artist, Helen Tiernan, will only open ‘in April.

Will community art centers be back in favor with Newstead, I wondered? For there was a time when Cooee’s refusal to let art center coordinators “organize” exhibitions for him offended a system where turnover was extreme and corporate memory was virtually non-existent. “I believe the industry has reached a phase of maturity now,” was the gallery owner’s response. “Art centers have had to evolve with the times, accepting that only some of their artists will emerge as stars, but if they do, they deserve the best chance to sell in ethical galleries and develop their careers. Infrastructure organizations like ANKA and Desart have really helped in this maturation ”.

Cooee’s specialty of regularly offering aftermarket resales will continue – although Newstead’s supply of art from the reserves of other galleries that have closed in Adelaide, Alice Springs and Melbourne will soon run out. “I know where the art is and I can do all the documentation,” he explained; “So that’s where I’m needed the most these days.”

Oddly enough, Newstead, 72, has repeatedly referred to adding “contemporary art” to his stable. Since most First Nations artwork is unmistakably contemporary, he turned out to mean “non-Aboriginal contemporary art.” When you consider how galleries like Roslyn Oxley, Niagara and Annandale added important Indigenous artists to their non-Indigenous stables, and Utopia Art Sydney went the other way, it seems quite realistic that the system of auction specially developed by Cooee is now used across the visual arts. And the former head of Australian and international art at Bonhams, Litsa Veldekis. will take care of it.

So get used to taking a detour to 17 Thurlow Street (excluding Burke) in Redfern in the future. For, after one of Cooee’s most profitable years of 2020, Adrian Newstead believes that we are ready for a period of prosperity in art and that we have a product ripe for an increased commitment of the world to the indigenous cultures of the world. ‘Australia.

Or, as Newstead sarcastically puts it, “fuel the awakening of the world”!

Meanwhile, multi-gallery owner Michael Reid is arguably even more of a touchstone in the balance between Indigenous and non-Indigenous art. Until 2010, he had a partnership with senior curator of Aboriginal art, Wally Caruana (ex-National Gallery), but found that the fallout from the GFC had hit collectors’ enthusiasm for Aboriginal art so hard. that it no longer made any commercial sense.

But now, as American collectors like Steve Martin and Dennis Scholl have brought the momentum back to the market with their investment reflected in institutions like Documenta in Germany, the Menil Collection in Houston and the Phillips Collection in Washington, not to mention uber- Gagosian dealers showing Aboriginal art in New York, LA and Hong Kong, so Michael Reid is definitely back in the game.

His Berlin gallery is at the center of this activity with a series of personal and community exhibitions led by photographs by Christian Thompson but supported by repeated exhibitions of the relatively unloved Ampilatwatja community, art from the APY Lands, an impending solo. for Timothy Cook of Tiwi’s Melville Island, and a Gagosian-style display of works by Papunya Tula which he had sold in the small but perfectly formed Sammlung Klein Collection.

“Berlin is the showcase for contemporary art across Europe,” says Reid, “and I think Aboriginal art should be part of it. But Europe is a slow burn – collectors like to think long and hard, and of course the competition is there with great work. Maybe the Germans and Scandinavians prefer more technical stuff like photography, but the French want what they think Aboriginal art should be – mostly desert art ”.

In Sydney – where Reid has galleries in Surry Hills and Newport – Arnhemland has proven to be a success, with group exhibitions of Maningrida and Yirrkala art and several solos for Reid’s favorite distant artist, Regina Wilson of Durrmu. There is also a resale side to the company with attractive prices. But as Reid says, “When you buy from me and my eye, it costs.”

Reid’s Murrurundi Gallery on the New England Highway may also soon be raising its bucolic eye on the natives; and he threatens an addition from the Southern Highlands to his stable. 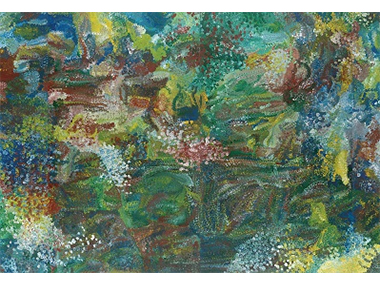 Emily Kngwarreye’s $ 2.1 million painting, ‘The Creation of the Earth’. 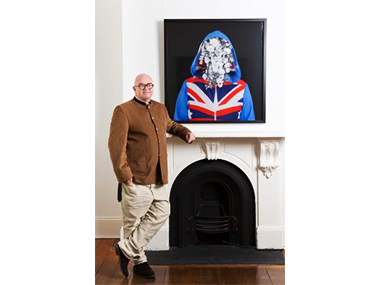