For the first time in countless years, I was not on a gentle night in Darwin to witness the opening of the Salon des Refus – the response of Aboriginal art to the rebellion of the 19th century French Impressionists against rejection by “official” art nobs; and its pale reflection in Sydney for those rejected by Prize Judges Archibald and Wynne. Is Darwin’s Salon (in the Charles Darwin Uni Gallery) a rebellion? or is it just a reflection that judges can’t always get it right when it comes to aesthetics ??

Who knows? I’m definitely not doing it this year because I’m sitting on a Sydney full moon night and haven’t had a chance to compare the Show selections with the Telstra NATSIAA judges’ choices for the contest yet. in which all the artists participated. I can tell you however that the Salon only has 31 selections this year (by local gallery owners Paul Johnstone and Matt Ward) plus an additional section for art that arrived too late to be considered for either or the other exhibition. Because, rightly so, some artists and community art centers believed that the health of their distant artists was more important than winning an award.

It is clear that some art centers, however, were about to be on display. And, having touched the limited world of the avant-garde at this year’s on / off / on Biennale, the previously unknown Nyinkka Nyunya Art Center in Tennant Creek has no less than three selections at the Show. . It is a style of art that most will not immediately identify as indigenous (see image), but clearly the notion of recovery expressed in ‘Punishment‘by Fabian Brown, Jimmy Frank and Joseph Williams is not part of the Westminster legal system. And Marcus Camphoo’s totally different effort in which he “explores the nuances of the grid” seems to me to be part of a growing trend towards a deliberate non-native abstraction in the works of young artists.

I was going to move on to the other unknown names appearing in the Living Room when it seemed to me that perhaps more significant was the appearance of two previous “Big Telstra” winners, being kicked out of the main game this year. And it is hard to imagine that the work of Gunybi Ganabarr ‘Buyku on the Ganges’ was not in the same class in terms of technique and water movement as last year’s winner. I guess if you set the bar that high it’s hard to follow successfully.

Jenni Kemarra Martinello’s glasswork is getting more and more complex – and her “Shield of Gallipoli” is a major breakthrough on the simple fish trap that won him the Big Telstra several years ago.

Another household name, Marlene Rubuntja, puts the old blanket recycling model Yarrenyiy Arltere out of reach. Its 3 meters of landscape stitched with hovering butterflies is a ripper.

So who is new? Dennis Hatches, Polyanne Smith and Mantuwa George from Kaltjiti in the APY Lands are all unknown to me. But, assuming that painting careers only started recently, there is nothing unexpected about Hatches’s finely dotted subject matter. ‘Goanna Dream’, or the ladies’ secret women’s camp. Mind you, their interpretation seems to be more of a fantasy of planets in space than anything terrestrial! Taking an opposite approach, Warrmun’s Mark Nodea offers a seemingly traditional East Kimberley ocher work, with the exception of his work, ‘The black dog‘evokes his alcohol-induced depression, which Rover Thomas or Freddy Timms would never have considered as a possible subject for their art.

Meanwhile, the Buku Larrnggay Art Center in Yirrkala continues to produce talent. Wurrandan Marawili may have reached the NATSIAA final last year, but he’s still young enough to tell an ancient story of the Madarrpa Clan waters in a refreshing way. Meanwhile, Dirrpu Marawili appears to have taken a leaf from Marrenyula Mununggurr’s playbook in his’Wanduwuy‘, telling a complex story in tiny colored squares.

Finally, Lorraine Kabbindi White surprises with a Melbourne bark! But it should come as no surprise that this descendant of Lofty Bardayal’s great family painted on bark, just the determination with which she took her culture so completely with her to Victoria, telling the story of the Moon’s insistence on immortality in heaven versus Quoll’s acceptance of the inevitability of death on Earth – like far too many of the artist’s Melburnian colleagues today.

This very sickening problem may have caused the Show’s numbers to drop this year. But how very stimulating First Nations artists are!

Despite all the difficulties this year, the Salon Project also offers three other salons in Darwin:
‘Old Painter‘- a tribute to the late Nyaparu William Gardiner – at the Tactile Arts Gallery at MAGNT until August 15 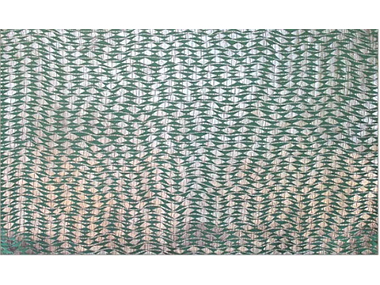 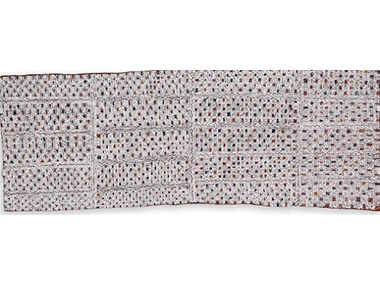