If this name sounds like an official institution set up by a government quango, it is possible that this is the intention. In fact, he’s the baby of the ever-dynamic Melbourne (and New York) dealership D’Lan Davidson. Although he was beaten in the fist in announcing his offspring by his good companion in America, Steve Martin, the ardent comic actor, writer and art collector.

You will no doubt recall that last December, Mr. Raschle took over much of Kelton’s iconic collection of First Nations art for an estimated sum of around US $ 10 million.

NEIVA aims to create a sustainable market for the country’s indigenous artists, both in Australia and abroad, and to develop a First Nations arts network at home that includes youth education and professional mentoring for them. emerging artists in Australia.

Following an initial investment from Raschle and Martin, the program partners hope that NEIVA will generate its own source of income through art sales. Davidson’s Armadale Gallery currently offers every aftermarket seller the opportunity to donate 2.5% of their product as a voluntary resale royalty, which the gallery matches up to 5%. This initiative returned $ 56,000 to artists and their estates, more than doubling the $ 43,721 the gallery paid through the government’s mandatory resale royalty program.

With the launch of the new initiative, the gallery will contribute 2.5-10% of future sales proceeds from primary and secondary art market sales to the fund, depending on the nature of the transaction. Sales in the primary art market, for example, will attract the full 10%. NEIVA will be managed independently by Australian executing directors and annual distributions will be guided by an independent committee made up of leaders in indigenous visual arts.

NEIVA will support important programs such as ANKA’s Art Worker Extension Program and Desart Art Worker Program, both of which provide professional training and mentorship for Indigenous arts professionals, as well as opportunities to connect with artists. national and state cultural institutions.

Steve Martin has been a strong advocate of Aboriginal art since acquiring his first piece in 2015, an op-art work by Warlimpirrnga Tjapaltjarri. The painting takes pride of place in Martin’s collection, which also includes works by non-Indigenous masters like Francis Bacon, Edward Hopper, and Lucian Freud. In 2019, Martin and Davidson organized a special exhibition of contemporary Indigenous Australian painting with the Gagosian Gallery in New York – later in Hong Kong. The show, titled “Painters of the desert of Australia”, has showcased works by some of Australia’s most important artists, such as Emily Kame Kngwarreye, Yakultji Napangarti, Bill Whiskey and George Tjungurrayi.

In Australia, D’Lan Davidson’s ad explained: “While art sales are often the primary source of non-government income for remote Indigenous Australian communities, the existing primary and secondary Indigenous art market does not generate not enough income to support both the artists and their working communities ”. He added: “I am also delighted to share the news that the launch of NEIVA coincides with the opening of our new gallery space in Melbourne CBD at 40 Exhibition Street, and a shift to the Primary Market and Wealth Management. ‘artists. This move will see our annual exhibition program expand to incorporate a series of investigative exhibitions that will highlight the work of a select group of prominent Australian Indigenous artists and fields whose work has not received recognition. adequate representation and recognition throughout their lifetime ”.

Coincidentally, Davidson received a fine mention in the ‘Australian Financial Review‘, which assessed the prospects for a boom in First Nations art sales in 2021. From the successes of 2020, the article continued: “The resurgence was aided by two local dealers who pushed for Aboriginal art on the international scene: D “Lan Davidson has organized exhibitions in New York and forged links with contemporary art giant Gagosian, and Sydney specialist Tim Klingender, senior Australian art consultant at Sotheby’s New York, has realized a second sale dedicated to Aboriginal art for the international auction house ”.

“The Aboriginal art market is expected to continue to climb this year. Sotheby’s is planning another Australian Aboriginal art auction in New York in November. Closer to home, Deutscher and Hackett’s first major auction for the year, March 17, is once again dedicated to Aboriginal art, a sign of the company’s continued confidence in the market, in a context growing competition.

And, among that competition, the long-established Leonard Joel auction house decided to run Indigenous art auctions, likely at a lower price and, oddly enough, without a specialist in Indigenous art in it. his team. The company will hold its inaugural sale of indigenous art – a surprisingly rich selection – next Wednesday in Melbourne. 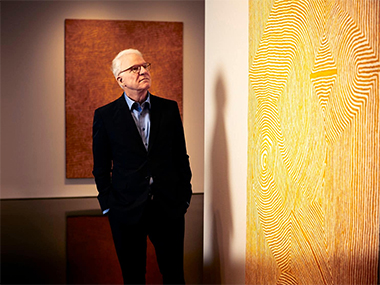 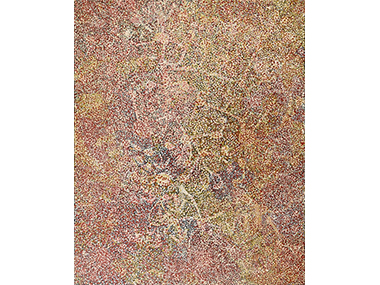