A surprisingly simple abstract image of the late Rusty Peters considering the complex affair, “Blackfella Murdered in Australia” (2002), shown in Jirrawun’s important “Blood on the Spinifex” exhibit on the Kimberley massacres

The outstanding philosophical thinker of the Gija people in East Kimberley, Rusty Peters has died in his 86th year. This tall, tall, slim and reluctant man let his painting speak for itself after joining the Jirrawun group of painters in 1997. Previously, he had worked with the Waringarri Art Center in Kununurra and stood alongside Rover Thomas as the pioneer of ‘East Kimberley created some of his greatest art.

Mr. R Peters’ detailed knowledge of the land and stories has developed from his birth under a tree in Springvale Station and is reflected in distinctive paintings with traditional red and yellow ochres and black charcoal. He was not influenced by the whites and colors that other Jirrawun artists adopted. While clearly part of the “Warrmun style” – which he returned to in 2010 after Jirrawun’s folding – the intricate curves mapping the land and dark caves and rivers in his images are peculiar to the old man’s work.

Previously he had been shown to be a champion horse breaker at Mabel Downs station, had been kicked out of Country when his white owners had to start paying him, but eventually found refuge in Warrmun where the painting style of East Kimberley grew out of the need to illustrate Rover Thomas. famous dream that led to the Goorirr Goorirr ceremony. But always, in the background, the local massacres of its inhabitants of Gija – including the “Massacre of the Chinamans garden” which Peters painted from the stories passed down by his uncle, his only survivor.

“The Whites came from elsewhere,” he described in the text accompanying Jirrawun’s painting.Blood on the Spinifexexhibition in Melbourne. “These whites didn’t like blacks, that’s why they killed them in the west, south, north and east. Only one person loved them, the Chinese ”.

His other job in this show was “Blackfella murdered in Australia”, a lament for both the murdered, the lost languages ​​and the devastation the land suffered at the loss of its original people. His bloody comment included the following statement: “When they killed the men, they took the women away. Then they had light-colored children with black mothers. These children are sometimes like white people. They don’t like us “.

Despite this incisive view of white men, in early 2000 he collaborated like no other First Nations painter has with non-Indigenous artist Peter Adsett. Each artist made seven canvases, painting in turn in dialogue with the work of the other. These paintings were presented at the joint exhibition ‘Two laws, one great mind‘in Darwin, unfortunately not found elsewhere. Then, in 2015, he was a finalist for the 32nd National Aboriginal and Islander Art Award of the Telstra Strait; and in 2017, three of his paintings were featured in ‘Challenge the Empire‘, the 3rd National Quinquennial of Indigenous Art at the National Gallery in Canberra. In 2018, the 84-year-old old man painted a 5-meter triptych depicting Kimberley’s starry night sky over Darrajayin, his ancestral home. The beautiful work was acquired by Artbank, where it is currently on loan.

Peter Adsett later reported that Peters explained his side of the equation in ‘Two laws, one great mind ‘ : his Law was not an abstract concept decreed by distant institutions, but as central in his life as the breath itself. “If you don’t follow your Fa, you are lost,” he said simply. Unsurprisingly, this man not only painted a country or a history, he instead chose to explore ideas such as the cycle of life and learning that were central to Gija’s identity. The result was the eight-panel masterpiece, ‘Water brain‘in 2002 – now in the NSW Art Gallery. Read from left to right, the canvases present a timeline of the process of birth, growth and learning from conception to adulthood, ending with the weapons and tools that her elders had taught her were key to knowing how do to survive.

Sadly, at the very end of his life, this formidable man was faced with the horrors of yet another massacre – that of his culture, rooted in his birthplace of ‘Garnkiny‘, the Moon Dreaming, painted by him but made famous by his fellow traditional owner and well-known artist, his sister Mabel Juli. As I wrote in June, Kimberley Granite Holdings was mining the Malarngowem indigenous property area without even the license granted to Rio Tinto to blast caves in the Pilbara. Peters’ response was, “This makes me very worried because I have to allow such things to happen in the land of Darrajayn. I’m not going to stop worrying, the whites carving up our culture ”.

I leave the last words to Nicolas Rothwell, who writes in the catalog of a commercial exhibition of Jirrawun in Sydney: the Dream. But in the case of the old man, it would be a difficult assumption to hold onto for long, upon inspection of the themes and titles of his paintings, to catch the shadows behind his few words. The aspiration for the balance of his art, his quest for the balance of theory, stem from an immersion in the shattered life ”. 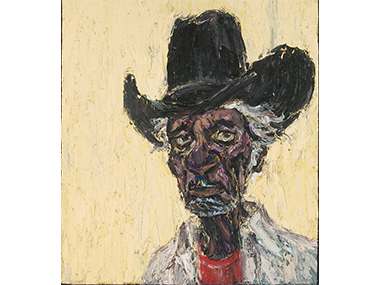 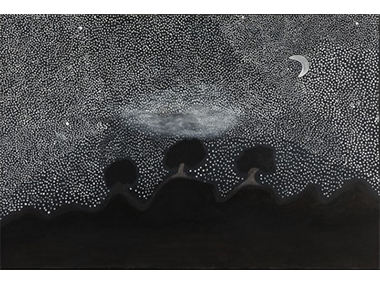