The UK government has announced that its plans to create a National Underground Asset Registry (NUAR), which reflects a digital map of underground pipes (water, etc.) and cables (broadband fiber optic, electricity, etc. ), enter the “”Construction phaseAnd could help reduce some of the £ 2.4 billion (per year) cost of accidental damage to utilities.

According to the government, there is huge potential for location data to improve the way national infrastructure is planned, built and managed, informing where our future is. “gigabit compatible” and “full fiber“Mobile broadband and 5G (FTTP) networks need to be in place to plan how and where to connect utilities and to design new residential developments.

In 2018, a first analysis of the proposals suggested that a project like NUAR could, by creating more accessible and better location data in infrastructure and construction, bring in more than £ 4 billion a year to the economy. British.

Meanwhile, today’s update claims 4 million holes are drilled in the UK each year and “a lot in the wrong place“, which can lead to accidental damage to items such as water pipes and broadband fiber-optic ISP cables (it often takes several hours, days or sometimes even weeks to fully repair). more common in dense urban areas, such as towns and villages.

The economic cost of accidental damage to utilities is around £ 2.4bn every year (oddly enough, this has doubled from the £ 1.2bn estimate last year), so whereas it is estimated that NUAR, once operational, could generate around £ 350million per year in profits by “avoid accidental asset strikes, improve work efficiency and better data sharing. “ 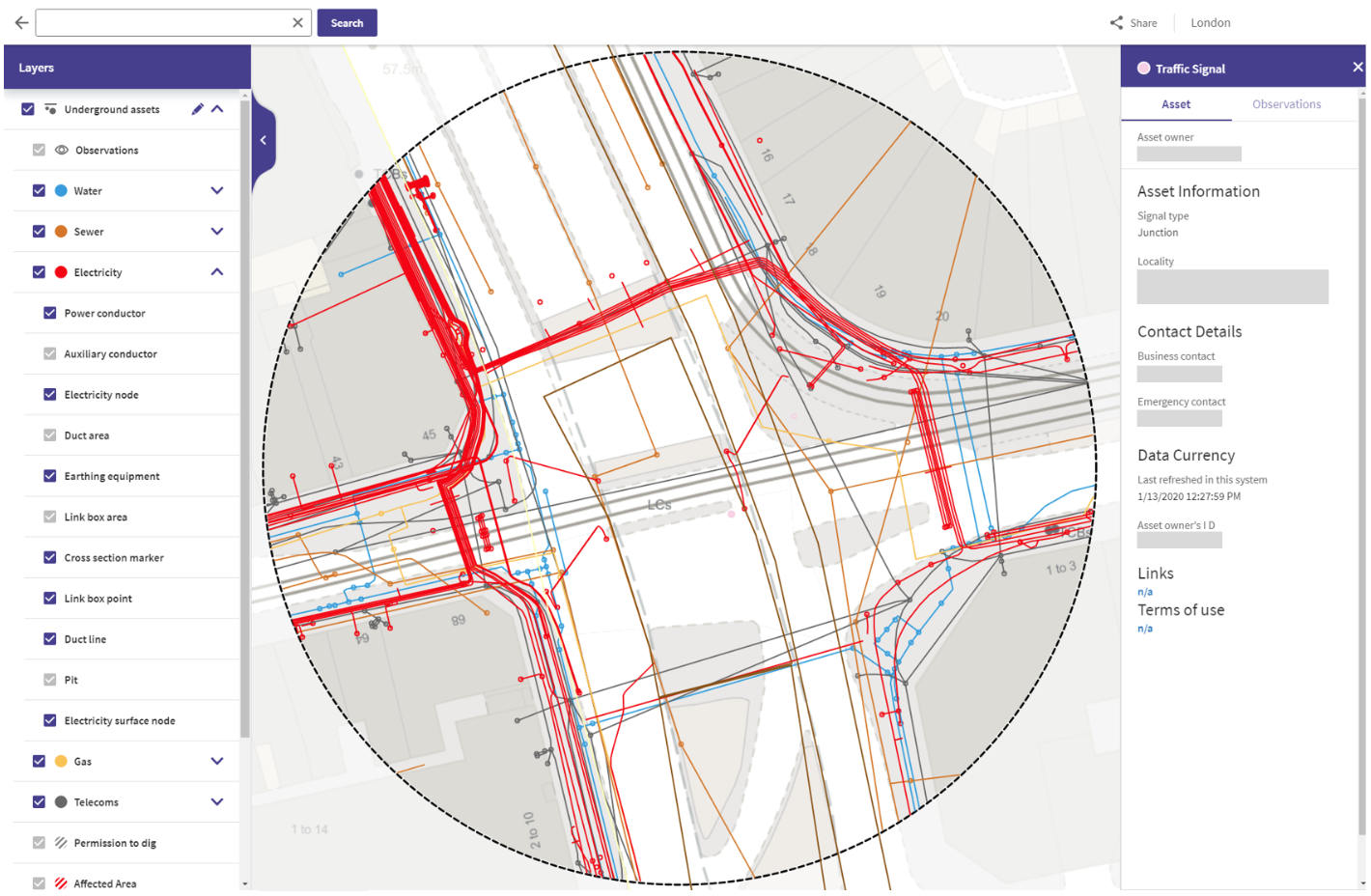 The good news is that after several years of preparation, research and design, the NUAR project is finally entering its construction phase. The NUAR digital map will, over the next 3 years, be built in partnership between industry and government, starting with North East England, Wales and London (Northern Ireland to follow ). Meanwhile, Scotland has already built a similar map via the Scottish Road Works Register.

REMARK: The Geospatial Commission will work with the Welsh government, the Tees Valley Combined Authority and the Greater London Authority to implement this program.

“I am delighted to start the construction phase of the new UK National Underground Asset Register. This new digital map of UK underground utility assets demonstrates our commitment to putting innovation at the forefront of UK economic recovery and our ambition to build back better.

“Unlocking the value of geospatial data is at the heart of the UK’s geospatial strategy. Our National Underground Asset Register will be an important step towards providing the UK with a shared national data asset of significant value. I am proud of the collaboration with industry that we have established so far as part of our preparatory work and look forward to it continuing. “

Following a competitive tender, the Geospatial Commission has appointed Atkins to deliver the construction phase of NUAR, which involves building a minimum viable production product for the North East of England, the Country of Wales and London, before upgrading and rolling it out to the remaining regions. in England and Northern Ireland.

On the surface, this is a positive project, although the government rather gives the impression that nothing like this has existed before, which is not correct. For example, the LSBUD The service (Line Search Before You Dig) already provides an online asset search function for UK civil engineering companies to check underground pipes and cables, which last year processed around 3 million searches in total across all the sectors covered (accounting for 77% of all excavation work in the UK).

The Managing Director of LSBUD, Richard Broome, complained last year that the government was portraying the industry as “disjointed community that selfishly costs the country millions each week by not working together“, what he said “completely [ignored]the already successful community and service that LSBUD has created“(This covers over 90 asset owners who share their underground asset data with over 120,000 registered users – used by the majority, but not ALL, of the industry).

At this point, it is unclear whether what the government creates through NUAR will go beyond that of LSBUD, but that seems to be the intention. Broome also argued that it is difficult to accurately estimate how much accidental pipe and cable damage costs the industry each year, as there is no regulated reporting of these things, so the figures in the government should be taken with a grain of salt. But these numbers form a large part of the basis for investing public money to build NUAR. Only time will tell if this investment really has a positive impact over existing approaches.