I’m leaving for Lutruwita tomorrow – although my flight will say it goes to Tasmania. Coincidentally, Apple Island made the news this week because an official apology was made to Lutruita First Peoples about the shameful ethnological excesses of their treatment in the past, and the surprisingly recent theft of a 14,000 year old petroglyph in rocks in the far northwest region of takayna / Tarkine.

I will be visiting his private site at Preminghana / Mt Cameron West. Unfortunately, no one seems to be able to explain the significance of his series of deeply incised circles.

On Monday, the Royal Society of Tasmania and the Tasmanian Museum and Art Gallery officially apologized to the Tasmanian Aboriginal community for the abuse and theft of cultural artifacts. Monday’s apology was part of a pledge to return the ancient petroglyphs to their original site in Preminghana that were taken in the 1960s and donated to TMAG in Hobart and the Queen Victoria Museum and Art Galley in Launceston.

The pieces that were taken to Hobart were exhibited at the TMAG from 1967 to 2005. They have since been preserved.

Tasmanian Aboriginal Lands Council chairman Michael Mansell said the petroglyphs would be returned to their original site in early March. Rock engravings made by the Aborigines of Tasmania can still be found on the north and southwest coasts of the state, illustrating the way of life and important events of the people. In 1995, the Tasmanian government returned 13 lands to the Aboriginal community. One of these lands was the 540 hectare block of Preminghana. It has since been managed by the Tasmanian Aboriginal Center.

TMAG board chairwoman Brett Torossi said the apology was long overdue. “Today is a day of tremendous importance and gravity,” she said. “We apologize for over 200 years of practices which we recognize to be morally wrong. We declare that such behavior will never happen again.”

This was a view echoed by the President of the Royal Society, Mary Koolhof: “The historical records show very clearly that the actions of former members of the Royal Society of Tasmania have caused harm to the Aboriginal community. Aboriginal remains have been unearthed by members of the Society, without regard for the cultural, spiritual and personal significance of these remains ”.

The Tasmanian Royal Society dates back to 1843, making it the oldest in the country, and began creating “for the advancement of knowledge” collections from the very beginning. In Hobart and Launceston, she became active in an international network providing Aboriginal cadaver collectors around the world with skeletal remains acquired from graves.

“If you look at it as a scale of the cultures of the world,” explained Rebe Taylor, senior researcher at the University of Tasmania, “Australia’s Aborigines were considered to be at the bottom of the scale, and at the very bottom of the scale. the scale was Tasmanian [Aboriginal people]. They were considered the simplest and most primitive people in the world, for various wrong reasons ”.

Pro-Vice Chancellor of Indigenous Leadership at the University of Tasmania and Indigenous man Greg Lehman said these two institutions “probably have more to apologize for than most institutions in Tasmania. They were involved in the most infamous, bizarre and gruesome events in the colonial history of Tasmania ”. For example, indigenous woman Truganini expressed her wish to be cremated at sea upon her death, but this did not happen. Instead, the Royal Society exhumed his body and exhibited his skeleton at TMAG until 1947 when it was taken apart. It was not until 1976 that his wish was granted, a century after his death.

BTW, the tragic life story of Truganini is brilliantly captured in Cassandra Pybus’s biography of that name, reviewed by me last year. 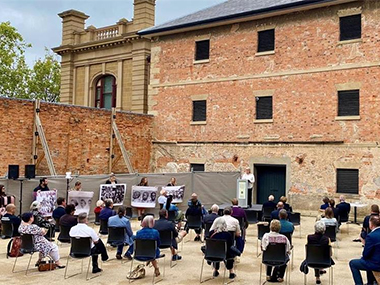 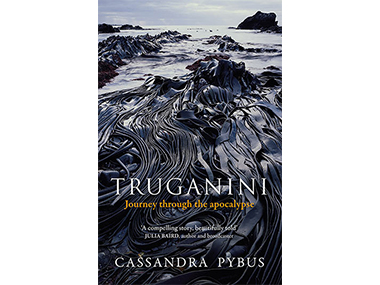