There has been a significant increase in the average developer salary over the past year. Remote work is now overwhelmingly the norm with less than 15% of developers having an all-in-person work environment.

These results come from the 2022 Stack Overflow Developer Survey and confirm what I predicted six months ago – that as a developer, whether you move to a new job or stay in your existing job, you can expect better pay and more flexible terms, see Stick Or Twist – Employers Want You.

After collecting information on developer compensation in 2021 and 2022, Stack Overflow is now able to reveal that on average, median salaries increased by around 23% between 2021 and 2022. 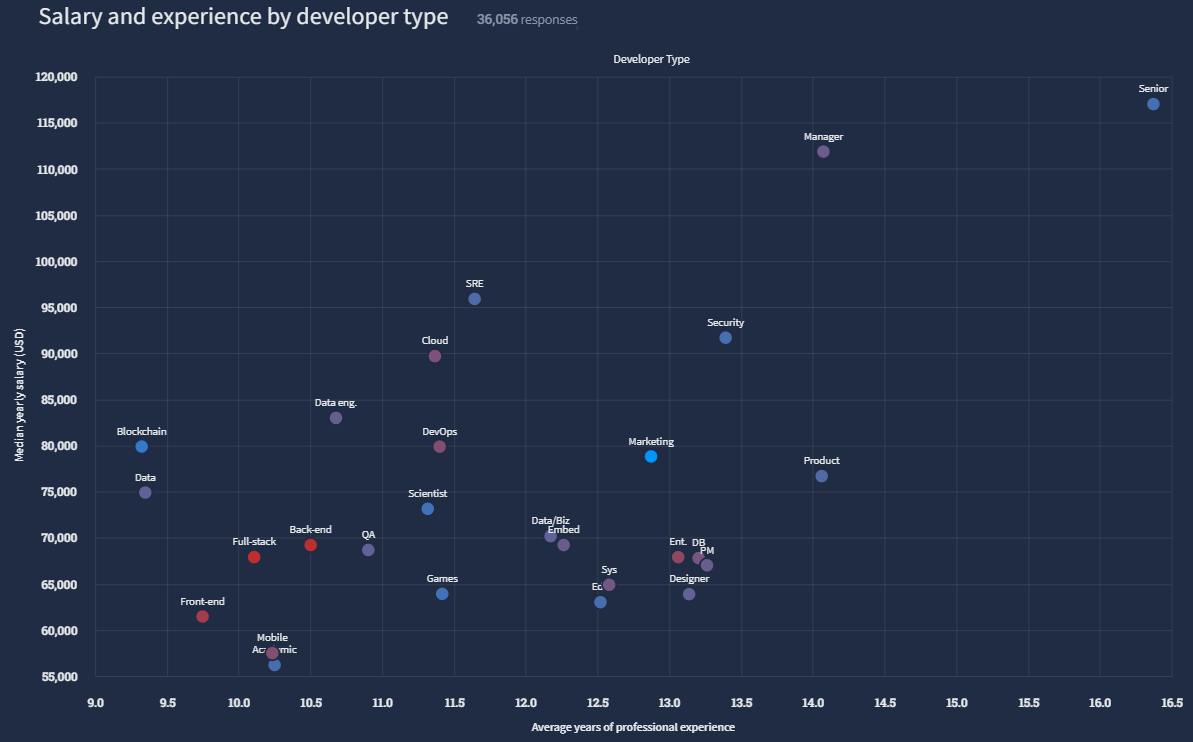 Most of the points that emerge from these charts are the same as last year – see Developer Compensation by Stack Overflow. The clear trend, evident in both graphs, is that compensation reflects years of experience. The more red the dots on the graphs, the more respondents they represent. This of course explains why the red dots tend to be close to the regression line that could be fitted. Finding red dots away from the main trend is remarkable. Regarding languages, the mid-red dot for PHP developers reveals that they are (still)”disproportionately underpaid compared to other languages ​​with the same experience”. Looking for other below-average outliers, they represent older or legacy languages ​​- especially Delphi whose developers have an average of 22 years of experience. Newer languages ​​tend to be well paid – with Rust and Go still above average, although it might seem like Dart is bucking that trend, it’s not underpaid, c is just that it is associated with the shortest experience. Last year it was Clojure that emerged as the highest paid language – this year it’s Erlang but the same explanation holds – both are relatively rare languages ​​requiring above average skills.

Turning to the bottom chart, leadership positions attract the highest salaries and are associated with long experience. Cloud Computing and DevOps are relatively well rewarded, as are Data Scientist and Blockchain, a role that has the shortest length of work experience (9.63 years) of any developer type except Student (4. 85) which is not included in either graph. Looking for relatively low-paid developer types, the reddish dots are for mobile and enterprise app developers. Database administrators and system administrators are also below average, as well as designers.

The encouraging conclusion is that salaries have increased across all types of developers. Stack Overflow provides details of salary changes by language, and COBOL saw the biggest increase. It may be a reaction to the Great Resignation – the post-pandemic phenomenon of employees not wanting to return to work. It can be expected that improved salaries will help retain highly experienced developers who may be considering retirement. It should be noted that it is mainly other long-standing languages ​​that occupy the following positions in the list – Erlang, Assembly, LISP, Objective-C, Delphi, Scala all saw above-average increases.

During the pandemic, many developers have found they prefer to work away from a traditional office. Stack Overflow’s findings are that in 2022, less than 15% have an all-in-person work environment and that a hybrid model, working both in and out of the office, is as prevalent as fully remote working. distance. 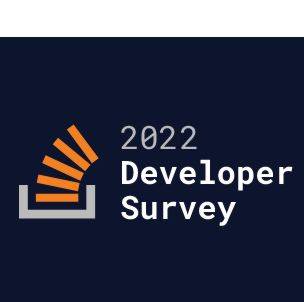 Developer compensation based on stack overflow

Stick Or Twist – Employers Want You

It pays to get certified

Work and remuneration of developers